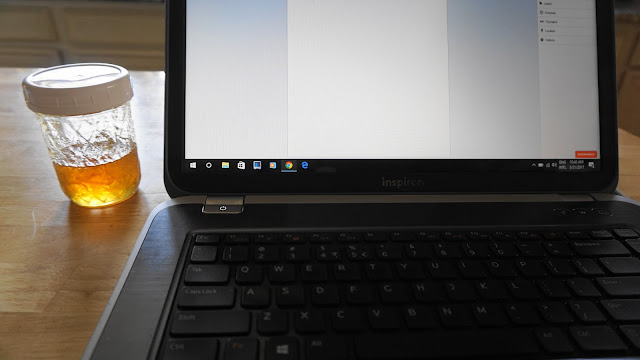 Talking about the weather can be mundane, I suppose. Yesterday, it was over 80 degrees. When I woke up today, I could almost see my breath in the air. I love the change of seasons. In fact, when people ask me what my favorite season is, I answer with, "The changing". I love each season for different reasons, but the unpredictability of the weather is what I prefer. I don't have to feel too hot or too cold for very long when the seasons are changing. One day it's 80 degrees, and the next it's in the 30's. I love to prepare for the next season, too. There's something promising and comforting about looking ahead.


My menu at home changes with the seasons, too. I still make some heavy meals in the summer, but not as often as the winter. I don't want to feel like I've had a Thanksgiving dinner every day, and that's what cooking in the summer feels like. I'm looking forward to the salads of summer. Light and filling dinners with homegrown herbs and vegetables. That is coming soon enough. Until then, I think I can squeeze out another warm meal while it's still cool. 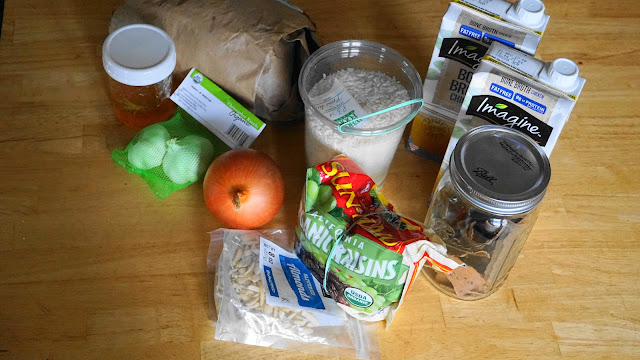 I have leftover Lemon Rosemary jelly from the Cornmeal Muffin's I made a few days ago. This is the perfect way to use it up. Quick and easy. Most of the time used making this is spent in the oven. As is typical of me, I took this picture of ingredients and then changed my mind as I went along. I used apricots instead of raisins, and I added fresh lemon and rosemary. 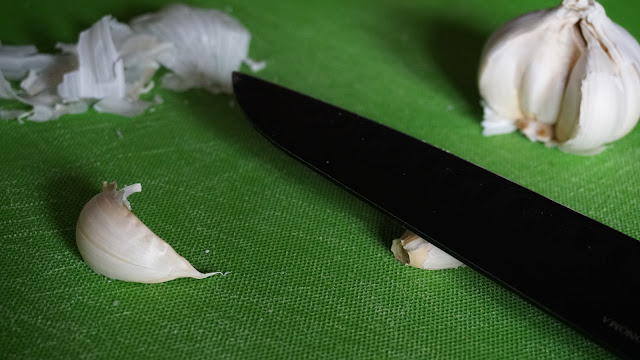 Place butter in the bottom of a heavy roasting pan. Smash a couple of cloves of garlic with the side of a knife. 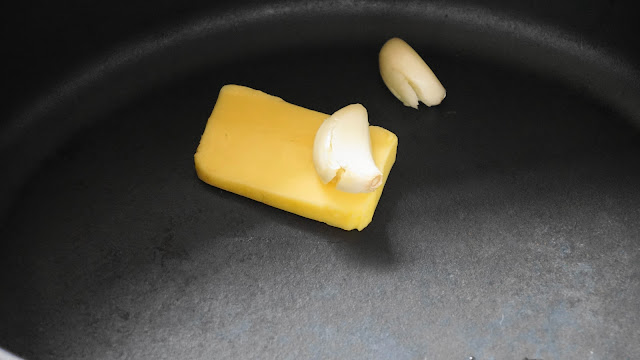 Place garlic in the roasting pan, on top of the stove, over medium-high heat. Infuse the garlic with the butter for a few minutes. Mine just started to turn brown. 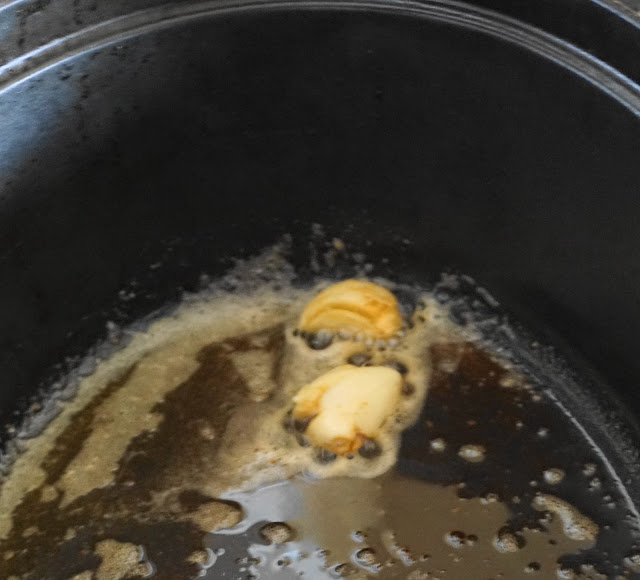 Remove garlic from pan. Set aside.

Wash and dry a whole chicken. Salt and pepper the inside. If you are using ground rosemary or ground cinnamon, add it with the salt and pepper. 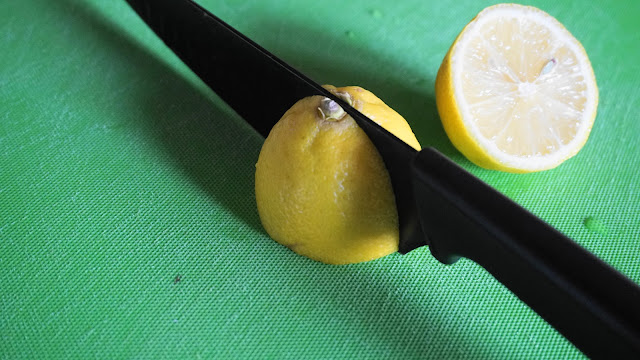 Cut a lemon into quarters.

Stuff half of the lemon into the cavity. 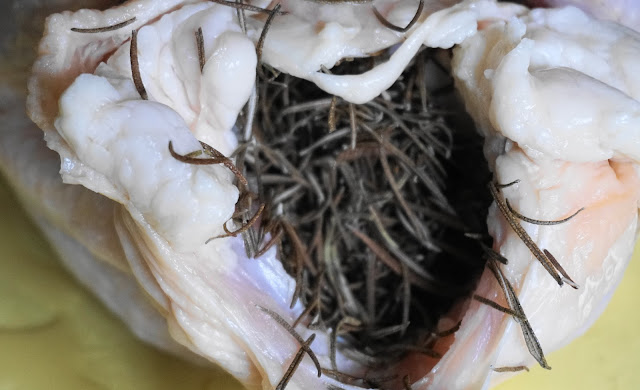 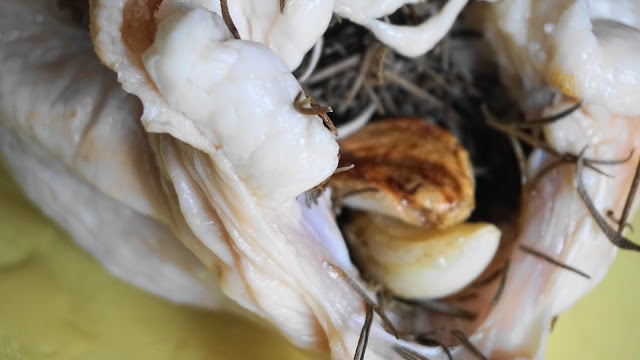 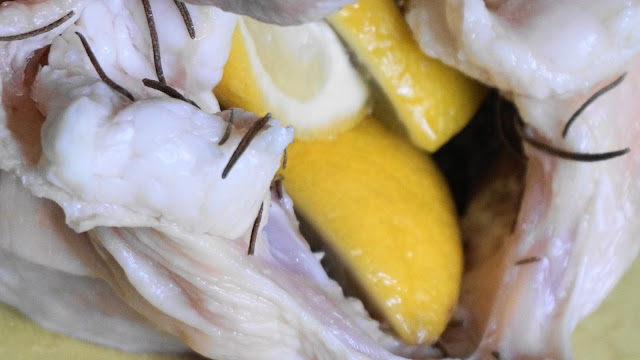 The rest of the lemon. 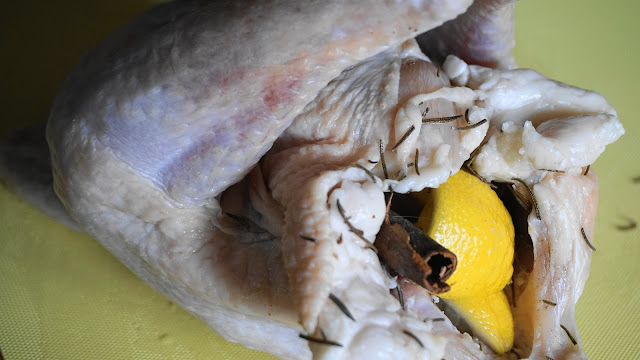 Finish with a cinnamon stick. If cinnamon sticks aren't available, just sprinkle in powdered cinnamon with the salt and pepper (inside the cavity). 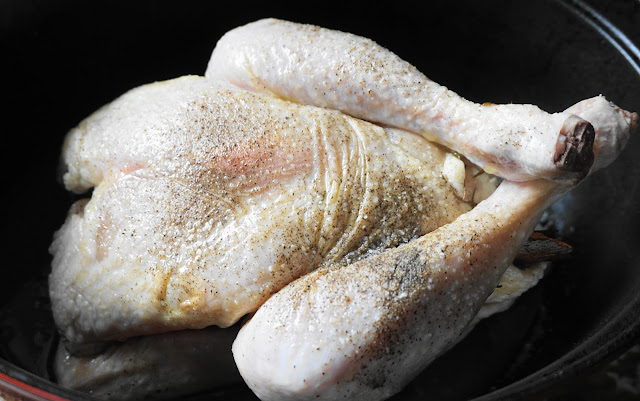 Place the stuffed chicken into the same roasting pot that the garlic was browned in. Cover the bottom with water or chicken broth. Just enough so that the chicken won't stick. About a half inch. Salt and pepper the top. 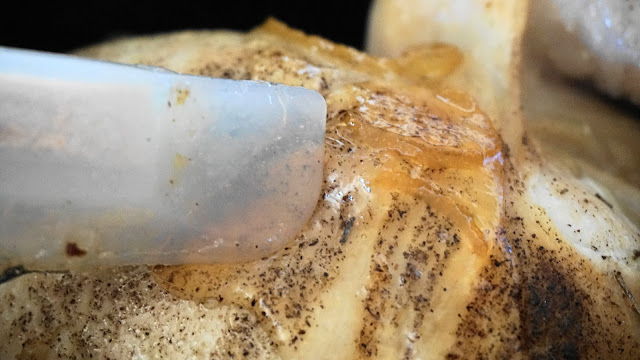 Uncover, top with jelly, and return to the oven for another 10-15 minutes. I overcooked mine. I forgot to set the timer. Oops. It's ok. Instead of continuing to cook my chicken, I glazed it and put it back unber the broiler at 450 for 4-5 minutes. 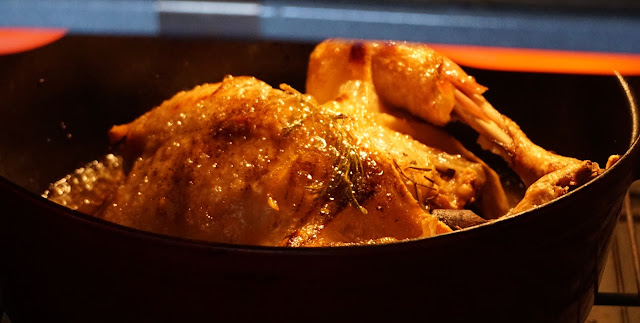 Just until my glaze gets nice and bubbly and my chicken is brown. 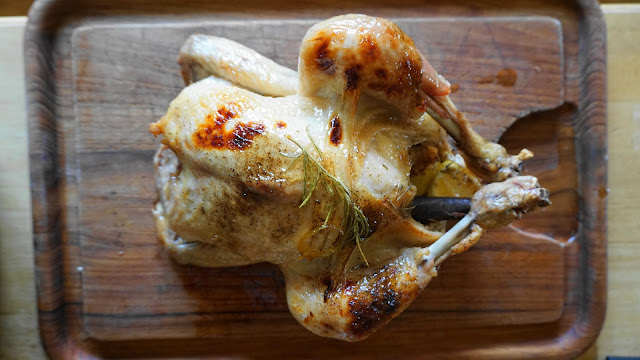 Let rest on a cutting board.

Take the juices from the pot and skim the fat off.  Add the fat back into the roasting pan. I have a little over 1/2 C of fat and 1/2 C of roasting juices. 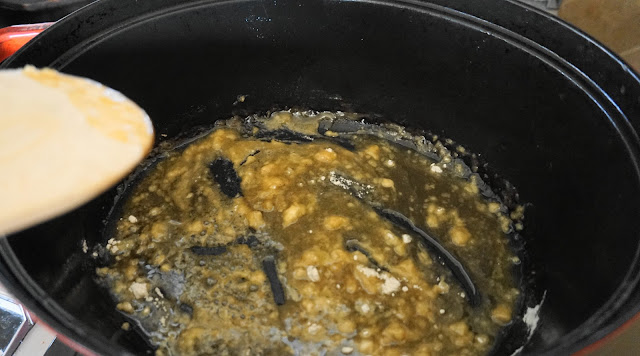 Over medium heat, add enough flour to the fat to make a roux. 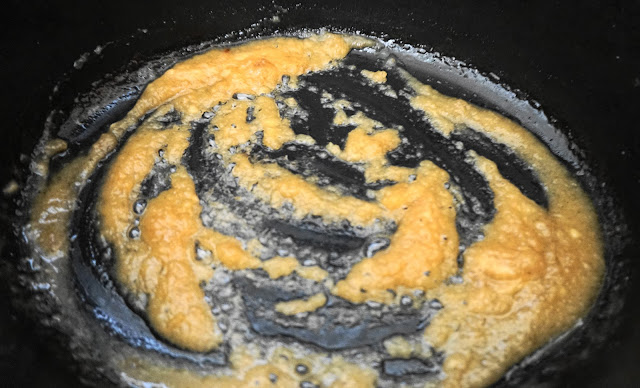 Cook flour and fat together for a couple of minutes to cook the flour. Add the concentrated juices from the roasted chicken that was separated from the fat. 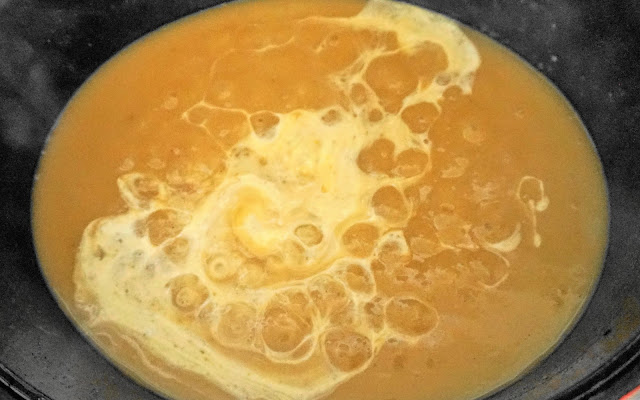 Add more chicken broth or water to thin as necessary. Cook for 5-10 minutes. I added both chicken broth and a splash of milk to cut the sweetness of the jelly. 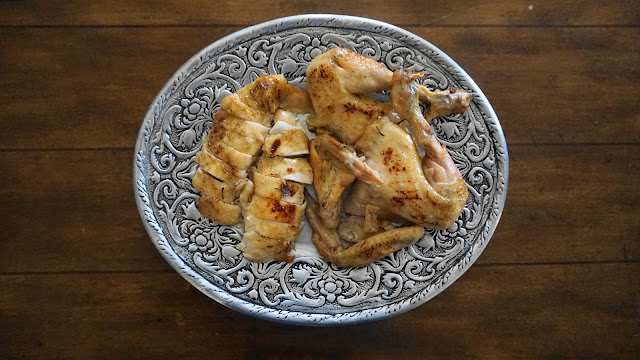 Carve and plate the chicken.

Serve with gravy and the Rice Pilaf that I am posting the day after tomorrow.
I'll link it then. 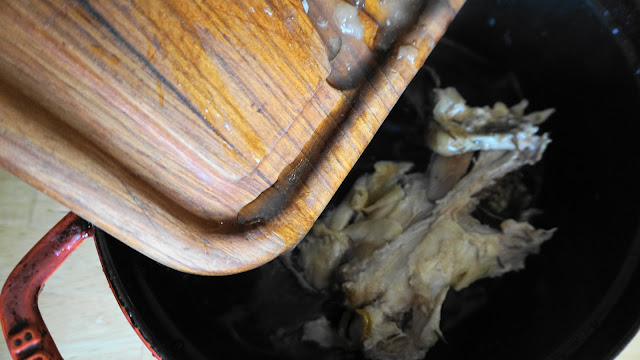 I put the carcass right back in the roasting pan (after I removed the gravy), covered halfway with water, and turned on the heat to boil. I will boil this for another half an hour. I won't keep this to use later, because the jelly added a sweetness that isn't suitable for future recipes. However, I will feed it to my boys, mixed in with their dog food. A little change-of-season treat.


This is amazing served with Almond Apricot Rice.
Posted by MyKitchenCoop