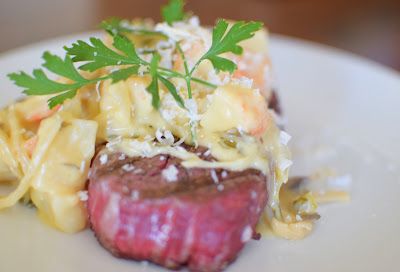 Lobster Thermidor is a French dish consisting of a creamy mixture of cooked lobster meat, egg yolks, and brandy (often cognac), stuffed into a lobster shell. It can also be served with an oven-browned cheese crust, typically Gruyère. The sauce must contain mustard (typically powdered mustard). Due to expensive ingredients and extensive preparation involved, Lobster Thermidor is usually considered a recipe primarily for special occasions. 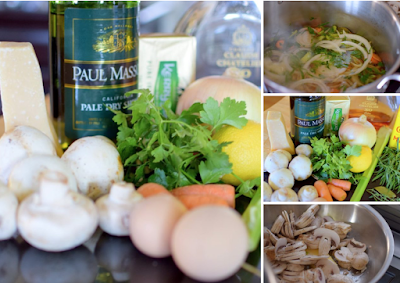 Did you see the indication and order, "MUST contain powdered mustard?"
Thank you, France, for that rigid guideline. 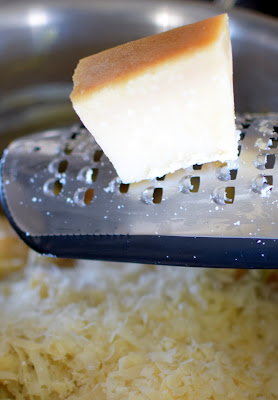 We don't like rules. No, Ashley and I don't like being told what to do and how to act.
In fact, we spent much of the day discussing our tendency to break the rules and defy authority ~in a good way, of course. 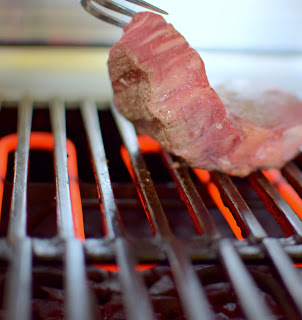 The fact of the matter is, we simply do it better!


The recipe of Lobster Thermidor was created around 1880 by Auguste Escoffier then working in Maison Maire, a Parisian restaurant near the Théâtre de la Porte-Saint-Martin. In March 1896, a successful reprise of the play Thermidor by Victorien Sardou opened in that theatre. The play took its name from a summer month in the French Republican Calendar, during which the Thermidorian Reaction occurred, overthrowing Robespierre and ending the Reign of Terror. Mr Paillard (Maison Maire's owner) changed the name of this recipe after the play gained in popularity. 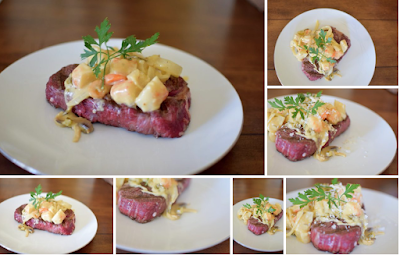 Served over steak is always better.

In a large stock pot, combine the sherry, onion, carrot, celery, parsley, bay leaf, thyme, tarragon, and peppercorns and bring to a boil. Reduce to a simmer for about 15 minutes.

Meanwhile, melt the butter in a medium skillet over medium heat. Add the mushrooms and lemon juice and saute until super tender. Set aside.

Add the lobster meat and the sauteed mushrooms to the stockpot and simmer an additional 5 minutes.
In the same skillet used for the mushrooms, combine the 3 Tbs. butter and 3/4 flour, whisking vigorously to create a roux. Thin with the 3/4 cup cream.

Whisk together the remaining cream, mustard, egg yolks, and cayenne. Stir into the roux.
Add the roux to the lobster pot and simmer for about 3-5 minutes. Stir in the cognac.
Remove from heat.

Season the steaks with salt and pepper and grill over high heat, searing both sides and flipping half-way through cooking (3-5 minutes on each side).
Spoon the lobster sauce over the grilled steaks and sprinkle with grated Parmesan cheese.

**Use fresh lobster, if you desire. Simmer in the "sherry broth"and remove the innards and shell. Fancy it up and serve the sauce inside the reserved lobster shells.
Posted by MyKitchenCoop

Email ThisBlogThis!Share to TwitterShare to FacebookShare to Pinterest
Labels: Recipes