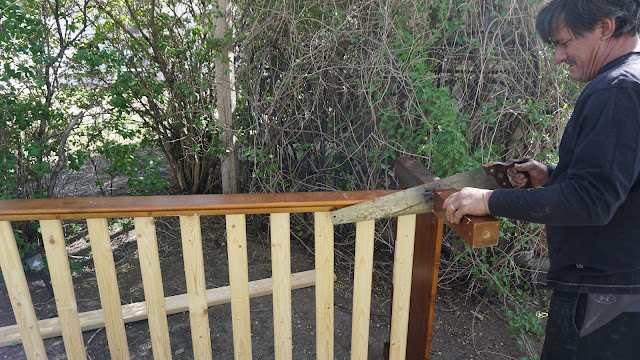 Kevin purchased the frame of my new swing in Part One, contemplated the build in Part Two, and now he's ready to construct. Here, he is cutting the legs off the bed. 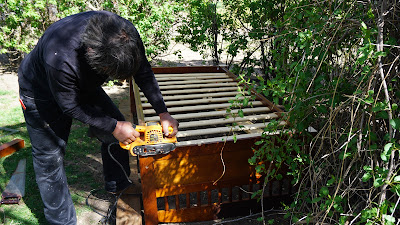 He sands the bottoms smooth. 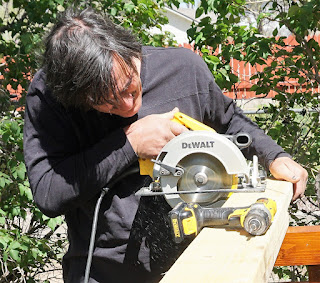 And stabilizes the back  with a couple of 2x6's. 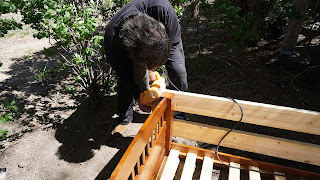 What's not to love about a man with power tools? 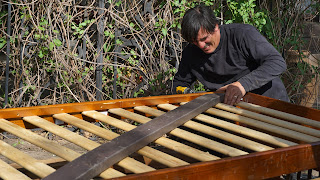 At my request, he adds some reinforcement to the base. 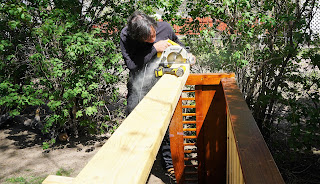 There was a lot of cutting... 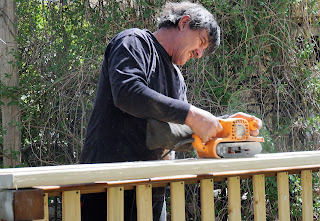 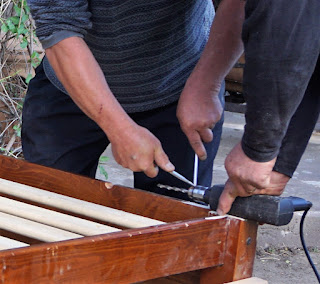 Apparently, if you can't find the chuck to your drill, you can use a couple of screwdrivers. Did that sound like I knew what I was saying? I have no clue what that means. I overheard it. LOL 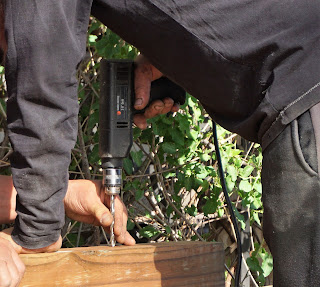 What I DO know is that this is NOT the way to hold a drill bit. Yes, the ER nurse in me came out with guns blazing. Does anyone else think this is ok here? It must be the equivalent to using a mandoline to slice without protection. I've seen my share of people who cut the ends of their fingers or knuckles off in the ER. It happens, folks. More often than you might think. Nobody was hurt here. 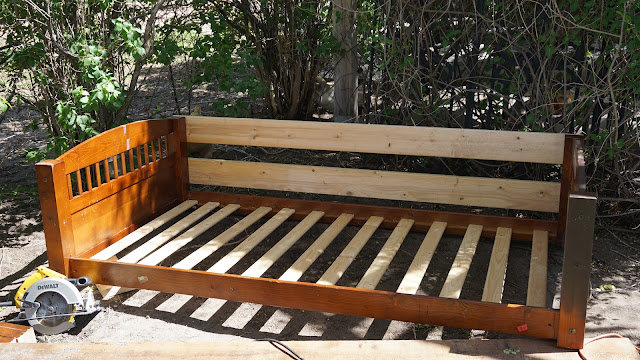 Now that Kevin has it looking more like a swing and less like a bed, I'm going to paint. Kevin is going to add a frame to the bottom for the whole bed to hang from. 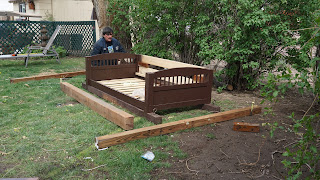 I got some painting done. I think it will blend into the yard nicely. 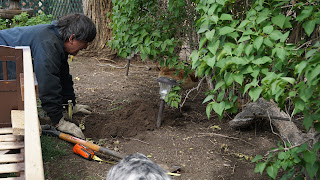 Kevin is doing a lot of measuring and leveling. 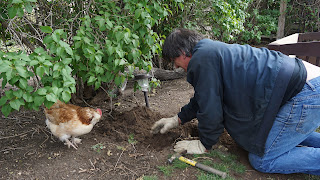 Sally Sue has finally decided to show some interest. 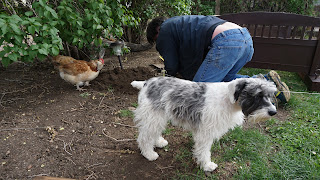 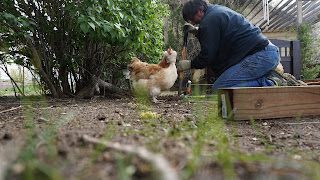 I believe he's measuring out where to put the posts. 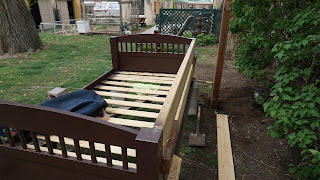 He is using a specific kind of concrete. He pours water into the hole, adds the bag of concrete, the beam, and that's it. No stirring or mixing. I'm not nervous about that at all. hmmm. Thank you Kevin for planting those poles deep enough so that I won't see concrete. 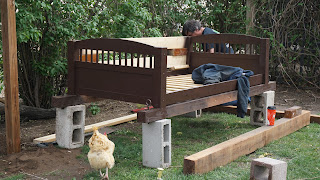 It's starting to look like a swing, right? You know that I'm not comfortable with these cinder blocks. It's temporary though. Dorothy is showing off her fluffy butt!

And the poles are set. He's building a pergola to hold the swing. That's next. In the meantime, I found a couple of bolts of fabric that will make a beautiful cover. It's leftover from my patio furniture. I hope I have enough. Check back later and see how far we've come.
Posted by MyKitchenCoop