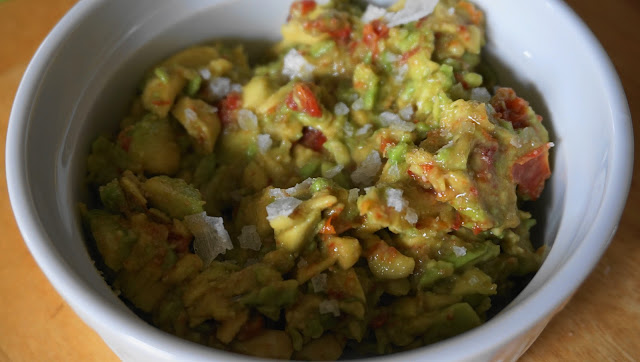 There are so many delicious guacamole's to be made. I remember a trip to San Antonio with a girlfriend and her children over Spring Break one year. (SO many years ago.) We stayed on the Riverwalk.
It was kind of a last minute decision. We drove from Colorado. Neither of us had been to Texas before, but I knew it was a big state. She confidently kept saying that it's only four inches away on the map. It took us seventeen hours to get there. We were exhausted.

Even so, we had fun along the way. We drove through Roswell and told alien stories. We found ourselves driving on the wrong side of a frontage road that we had been on for about half an hour. I taught the kids that fossil fuels actually come from dinosaurs, and that the interstate system numbered the north-south running highways with an odd number, and the east-west running highways with even numbers. There was a lot of trivia shared.

When we finally arrived, we took the obligatory boat tour. We shopped, ate, and walked for miles. It was a treasured memory in the making. One of the things we loved was the guacamole prepped and served tableside. We went back for it twice. 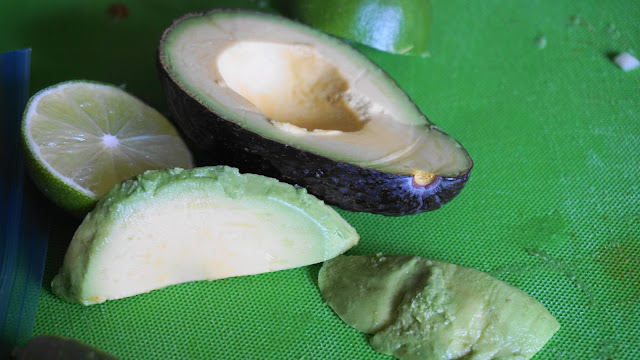 Pit and scoop an avocado. A spoon will easily slip between the flesh and the skin. 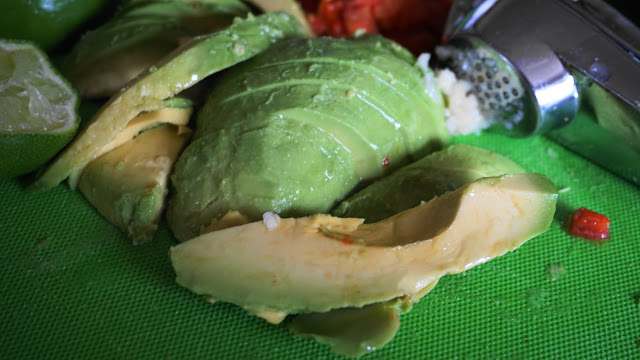 Squeeze lime over all exposed surfaces. 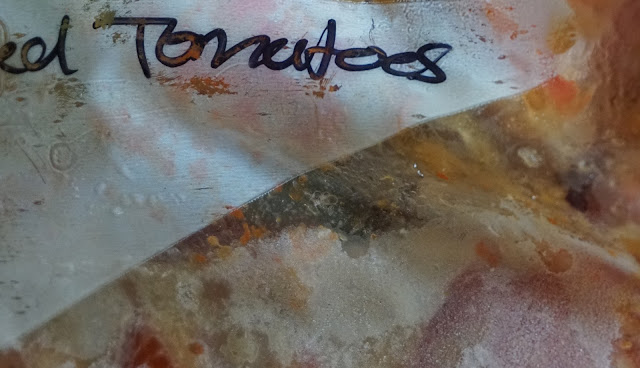 I have some frozen tomatoes, roasted and packed in oil from last fall. I took a couple of them out and put the rest back in to use later. (Yes, that's my handwriting, and I make no apologies here!) The flavors are concentrated from the roasting. It's the equivalent to a tomato chopped and squeezed through a cheesecloth. 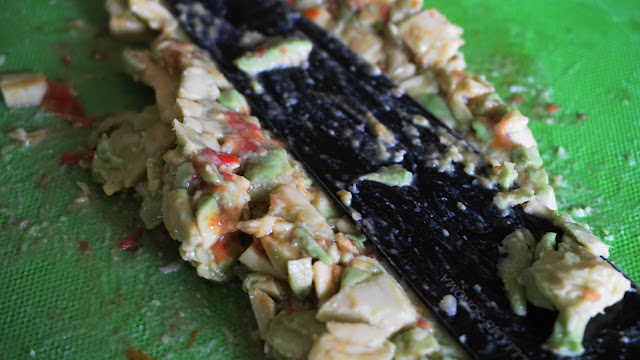 Run garlic cloves through a mincer. Small dice 1/4 of a red onion. Chop the avocado, garlic, onion, and tomato together, squeezing lime over as you spread it with your knife. Add salt. Keep chopping and spreading it out until it's the consistency you like.

The reason guacamole, or avocadoes for that matter, turn brown is because they oxidize when they're exposed to oxygen. Store it with plasic wrap touching the top surface. Pat, pat, pat the plastic down until you can't see any air in the bowl.

The little restaurant in San Antonio used oranges instead of limes. It was a great twist. Lemon, lime, orange, and even grapefruit will add a different flavor while providing the antioxidants the avocado needs.